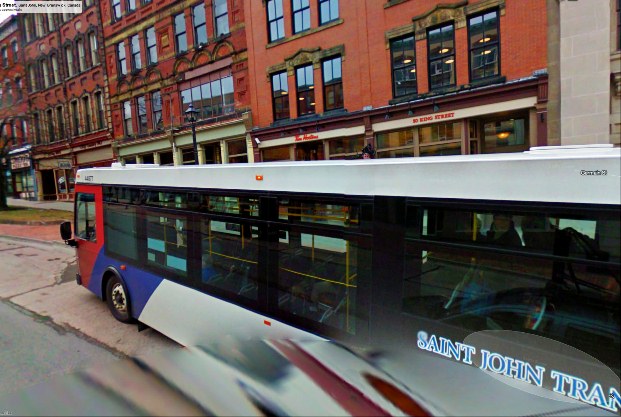 Back in February 2010, Webtech Wireless expanded its InterFleet® implementation with the city of Saint John, New Brunswick to include an additional 100 public works and police vehicles—a contract valued at over $100,000. Now to complement the city’s Interfleet solution, Saint John Transit also plans to deploy a Webtech Wireless solution—NextBus.

NextBus will provide Saint John Transit with an AVL tracking solution for its 60 buses, allowing riders to check bus arrivals in real-time. Using PCs, landline phones, cell phones, or SMS text messaging, riders get real-time travel information (each bus is fitted with a satellite tracking system) designed to help them decide whether catching the next bus is a sprint or leisurely stroll. Currently, riders can only view a static schedule of intended bus arrivals and departures on the company’s web site.

NextBus will also install five LCD screens at various locations around the city, including McAllister Place Mall and the university campus (UNBSJ) and LED screens at bus stops. To help make public transport more attractive to potential riders (and as a nod to Saint John Transit’s already existing environmental initiatives), the service will add to the city’s existing hot spots with free WIFI for riders on all its buses.

A subsidiary of Webtech Wireless, San Francisco-based NextBus implements real-time passenger information systems used by dozens of transit agencies, universities and other transit operators across North America. Because traffic variations, breakdowns, and day-to-day problems faced by any transit provider can interrupt service, NextBus was designed to help keep riders on schedule even if their buses aren’t. NextBus uses satellite technology and advanced computer modeling to track vehicles on their routes.

As Canada’s oldest incorporated city and New Brunswick’s largest municipality, the city of Saint John has been providing municipal services for more than two centuries. According to Statistics Canada, the Saint John municipal area has a population of 122,389, with a population density of 36.4 persons per square kilometre.

Historic Saint John has been a transportation hub since long before confederation.

The Port of Saint John is one of Canada’s most important ports (its relatively mild maritime climate keeps its deep-water harbour ice-free year round when inland ports in the St. Lawrence Seaway must contend with ice). This keeps the city’s businesses and industries bustling throughout the year. In 2010 for the first time ever, the Port of Saint John exceeded 30 million metric tonnes of cargo in a single year.

Saint John Transit was established in 1979 to provide scheduled transit service to the city. It replaced City Transit Limited (1948-1979) and a string of others dating back to the People’s Street Railway Company (1869-1876). Saint John Transit is the largest public transit system in the province, both by mileage and passengers.

Saint John Transit’s ridership is approximately 50 percent higher than the average for Canadian cities with a population of between 50,000 and 150,000.

To reduce auto emissions, the City of Saint John, along with the Federal and Provincial governments, is investing in public transportation between uptown Saint John and outlying communities. Branded as ComeX (Community Express), it provides a rapid bus transport service during peak commuting times.

With the implementation of ComeX, greenhouse gas emissions are projected to drop by 1,500 metric tonnes and downtown traffic will decrease by 800 vehicles a day over the next five years.